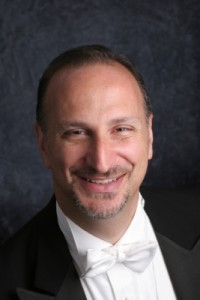 Grammy® Award-winning conductor and singer Frank Albinder currently directs the Virginia Glee Club, the Washington Men’s Camerata and the Woodley Ensemble. A native of Hollywood, California, Mr. Albinder attended Pomona College and the New England Conservatory of Music. Like most musicians, he has held a number of non-musical jobs, including counter man in a delicatessen, secret document destroyer for a major military contractor, tour guide at Universal Studios and problem-solver for FedEx. He was Director of Choral Activities at Davidson College in the mid-1980s, and for 11 years, he was singer, associate conductor and, finally, acting director of Chanticleer, the world-renowned vocal ensemble. During his tenure with the group, Mr. Albinder performed in all 50 states and in 20 foreign countries. He appears on 21 of the ensemble’s recordings, including Wondrous Love, which was recorded under his direction, and the Grammy® Award-winning Colors of Love, for which he designed the concept and selected the repertoire. Other performance credits include the Boston Camerata, the Robert Shaw Festival Singers, the Washington Bach Consort, and the Concord Ensemble. He is currently president of Intercollegiate Men’s Choruses, a national board member of the National Collegiate Choral Organization, and a steering committee member of ChoralNet, the internet’s principal portal for information and resources relating to the choral field. He also served two terms as the American Choral Directors Association National Chair of Repertoire and Resources for TTBB/Male Choirs and one term as president of the Pomona College Alumni Association.

Major: Defense against the dark arts

Major: Higher Education Administration with a concentration in Student Affairs