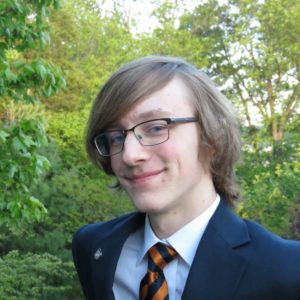 Keith has completed his undergraduate studies in History and Political & Social Thought and will be leading club as a graduate student in Fall 2022. From Ashburn, Virginia, when he's not singing or studying, he enjoys reading, playing board games, and watching early 2000s television. 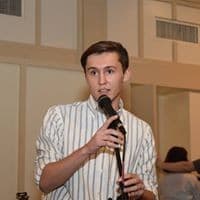 Hunter is a fourth year in the college of arts and sciences with hopes of double majoring in Economics and Computer Science. Hunter’s life is nearly completely dominated by singing, as he spends his time outside of club both writing his own music and acting as the Flying V’s A Capella Music Director. 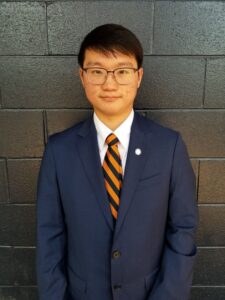 Josh is a second year and looks forward to learning all there is to know about Glee Club finances. 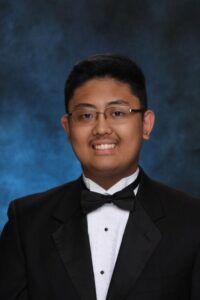 Gavin is a second year majoring in Chemical Engineering from Woodbridge, Virginia. He enjoys playing video games and playing piano in his spare time. Gavin is looking forward to being the new publicity chair for the Virginia Glee Club. 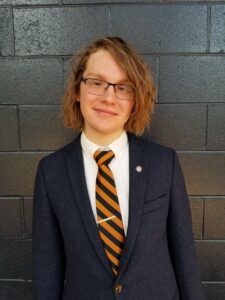 George will be acting as Club secretary for his second year. Being born and raised in Harrisonburg, Virginia, he enjoys hiking, swimming, and gardening. Besides outdoor activities, he also enjoys tabletop or video games. Lastly, he hopes that he can put his best foot forward in helping the Glee Club plan for the coming year. 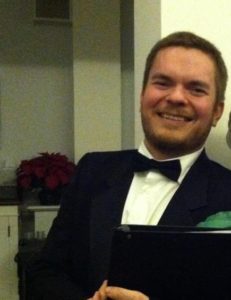 Travis grew up in Charlottesville and received his degree from Berklee College of Music with a concentration in music therapy. He is a long-time singer with the Virginia Consort and spends his free time baking and gardening. He is thrilled to be a part of this rich musical tradition at the University.

Major: Defense against the dark arts

Major: Higher Education Administration with a concentration in Student Affairs